The shrimp cocktail is one of those appetizers that should not be missing in any table, a cold dish prepared with shrimp or prawns put in cooking and which is usually accompanied by lemon juice and spices.

It was the most popular appetizer in Great Britain, as well as in the United States, from the 60’s until the end of the 80’s. It is elegant, delicious, easy to prepare and we want to share the best recipes for you to make at home. 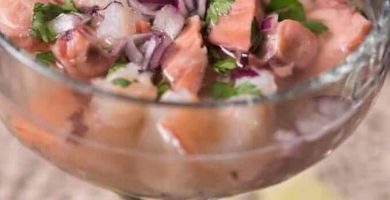 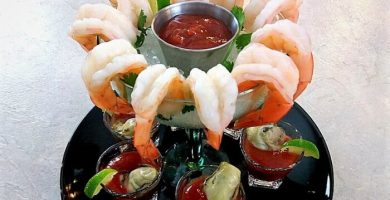 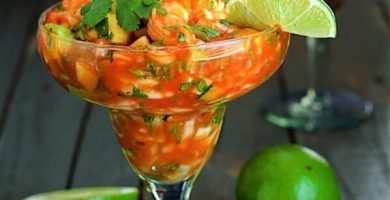 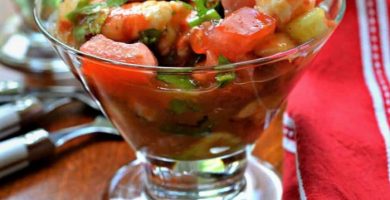 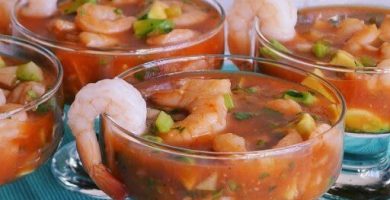 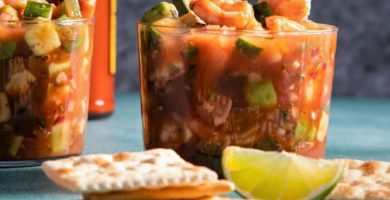 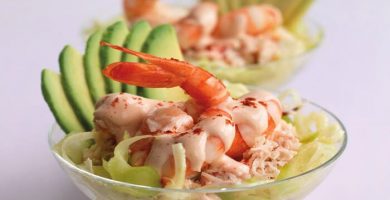 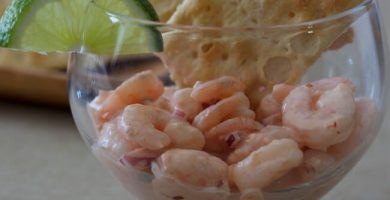 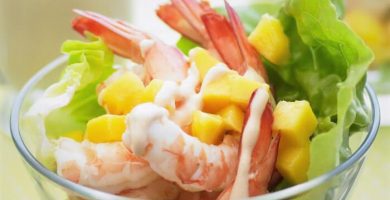 What is in shrimp cocktail?

Shrimp cocktail, also known as shrimp cocktail, is a seafood dish consisting of cooked, shelled shrimp in a Marie Rose sauce or cocktail sauce which is served in a glass. 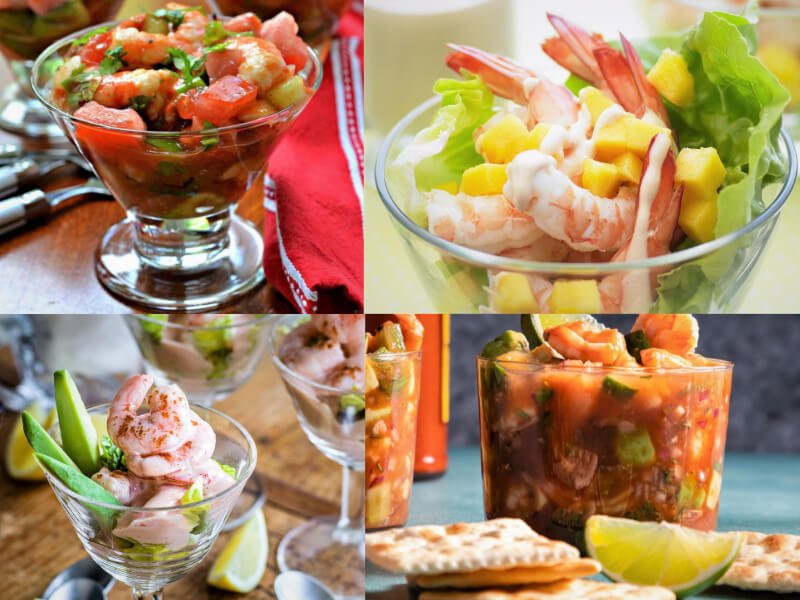 The sauce is generally known as cocktail sauce, and is prepared with ketchup and mayonnaise in countries such as the Dominican Republic, Barbados, Bahamas and most Commonwealth countries.

In the United States, shrimp cocktail is prepared using horseradish and ketchup.

What to serve with shrimp cocktail?

Any time is a good time to enjoy this delicious dish although it will always be better to complement it, and if you do not know what to serve it with, we suggest some garnishes.

This delicious and peculiar dish was invented in a bar in the port of Boston in 1941, where a bartender came up with the idea of challenging the diners by preparing a drink only for the bravest, inspired by the Bloody Mary!

He mixed Worcestershire sauce, tomato juice, lemon, horseradish sauce and vodka, and topped the outside with cooked shrimp, a very innovative and visually aesthetic hors d’oeuvre for that time, a cocktail only for the brave. 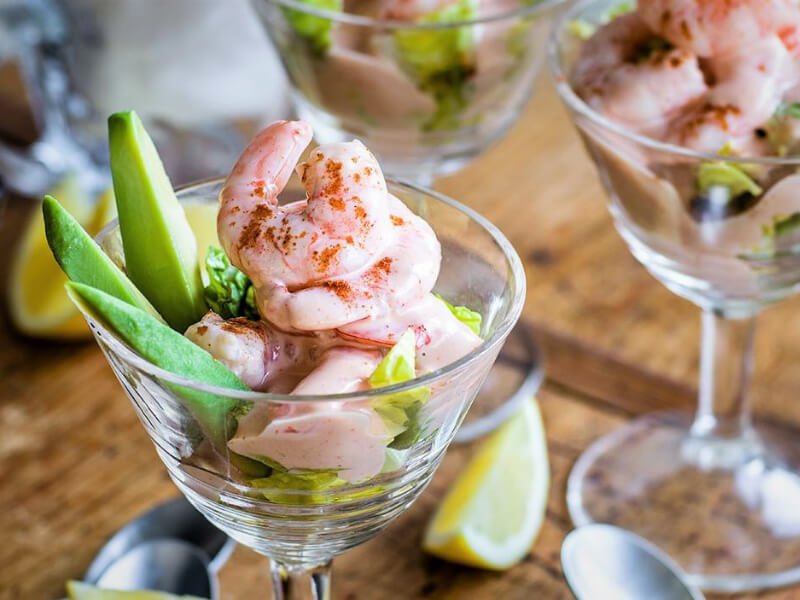 The result of this test was really incredible and its acceptance was immediate, people appreciated tasting some tender shrimp while drinking a delicious cocktail. Its consumption became immediately popular in Las Vegas, a place of casinos and bars, where it had its splendor.

In 1950 the shrimp cocktail found its true home at the Golden Gate Hotel in Las Vegas, served well chilled in a Martini glass with the shrimp cooked on the rim. It seems very peculiar but in 2007, the hotel celebrated the sale of 25 million shrimp cocktails, crazy!

From Las Vegas to Mexico is just one step, where the Mexicans gave it a different and peculiar style, influenced by their tastes and rich gastronomy, some without adding alcohol.

It is worth noting that oyster or shrimp dishes of this type were popular in the United States at the end of the 19th century.

Some people link serving the dish in cocktail glasses with the prohibition of alcoholic beverages during the Prohibition era in the United States in the 1920s.

Currently, there are many varieties of this cold dish of cooked seafood that change according to the gastronomic culture in which it was accepted.