Good cooked shrimp, besides being exquisite and of great simplicity, have a very delicate flavor and texture, and one of the ways in which they can be prepared is by using sea water in the cooking process. 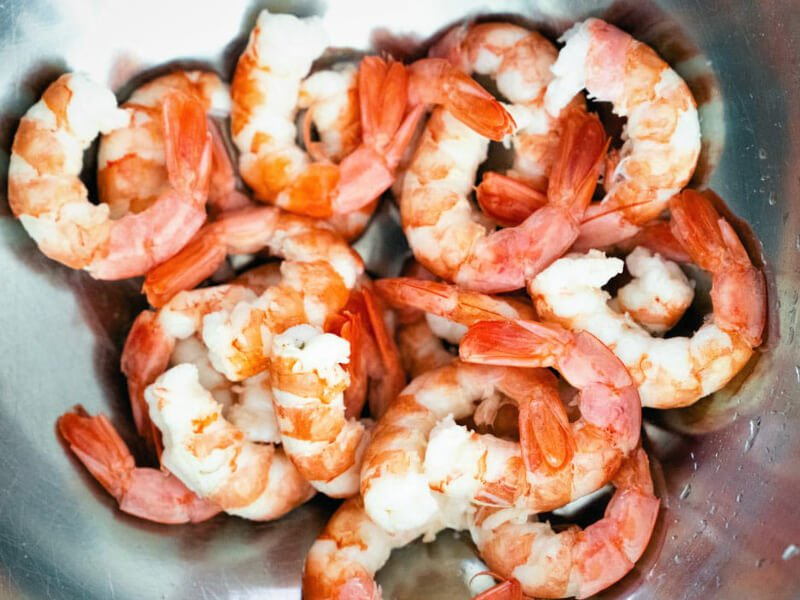 We know that for many it is not possible to get fresh shrimp directly from the sea and that is why we invite you to learn with us how to prepare and preserve the most tender cooked shrimp you have ever tasted with these tips that will be of great help when preparing shrimp.

How to cook shrimp?

Before cooking shrimp, keep in mind the cooking time, because due to the delicacy of its texture, if you exceed the recommended time, they can overcook and you will have a shrimp with a hard or rubbery texture that will also have lost its delicious and captivating flavor. 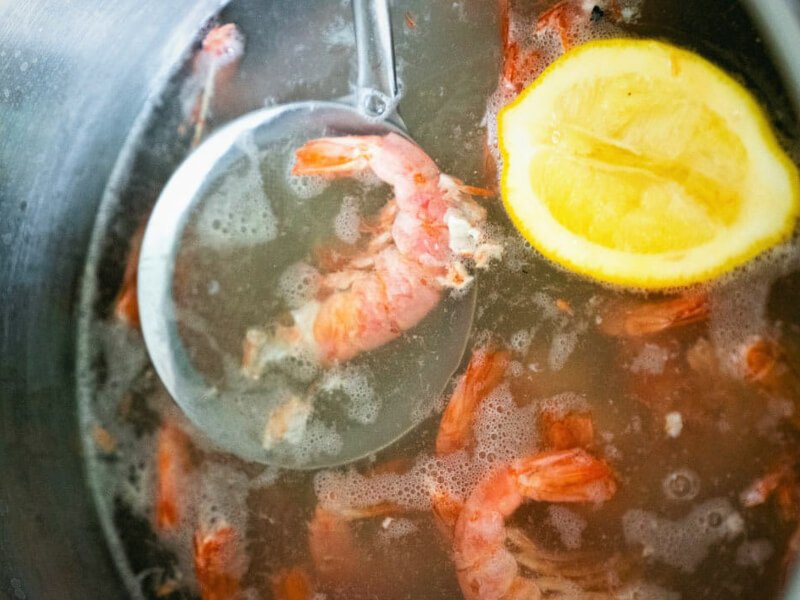 How do you know if the shrimp are cooked?

When they turn white with an opaque pink color and float in the water where they are cooking, at this moment, you should remove them from the water immediately.

Keep in mind that your shrimp are cooked when they have a nice C shape. Overcooked shrimp curl tightly or close in the shape of an O. So write this down: C = cooked, O = overcooked. Simple!

How to cook cocktail shrimp?

If you’re looking for the best way to cook shrimp to make some tasty shrimp cocktails? Then follow these simple steps:

In a pot of boiling water with salt and onion, place the previously washed shrimp, let them cook for 3 to 5 minutes, when their color turns pink, remove them and put them in cold water with ice cubes, strain them and let them cool.

How long do you cook frozen shrimp?

First, thaw them outside the refrigerator at room temperature for 15 minutes.

If they were already cooked, after thawing just add them to your preparation.

If you bought them raw and clean, boil water with salt and spices, after thawing add them to the water and let them boil for 3 to 5 minutes approximately.

What is the cooking time for raw shrimp?

Generally, it should not be longer than 10 minutes, depending on their size. If they are small, 3 to 5 minutes should be enough.

How to cook shrimp for ceviche?

In a pot with boiling water and salt, place the shrimp and let them cook for 1 – 3 minutes; have a saucepan with water and some ice cubes ready, after this time, take them out and transfer them to the saucepan with cold water.

Many shrimp ceviche recipes are prepared by marinating the shrimp with lemon juice and salt and covering them with this mixture for 20 minutes.

How to cook shrimp for peeling?

Pour them in boiling water with salt and the spices you like and let them cook for 5 minutes, then take them out and pour them in ice water, leave them there for 5 minutes and finally remove the shell.

How to store the cooked shrimp?

In a plastic bag and/or container that you can seal hermetically. It is not recommended to freeze them, just keep them refrigerated for up to 4 days.

How to cook shrimp with lemon?

To cook 200 grams of clean shrimp, you will need 500 milliliters of lemon juice and salt to taste. In a clean container – glass or ceramic -, place the shrimp, add the salt and add the lemon juice until the shrimp are covered; mix the ingredients with a spoon and let them rest for 20 minutes.

This way of preparing shrimp is widely used both in ceviches and in shrimp aguachile.

How many calories do cooked shrimp have?

Consuming cooked shrimp prevents you from getting intoxicated by eating them after a bad cooking process or raw, since this is a preventive measure that prevents you from catching the Vibro parahaemolyticus bacterium, whose symptoms include diarrhea, even hemorrhagic, as well as stomach pain, fever and nausea.

We hope this information has been very useful for when you have to prepare dishes using shrimp.