In many places around the world we can find traditional foods with innovative culinary touches, such is the case of pozole prepared with shrimp, which has a simply spectacular mix of flavors. 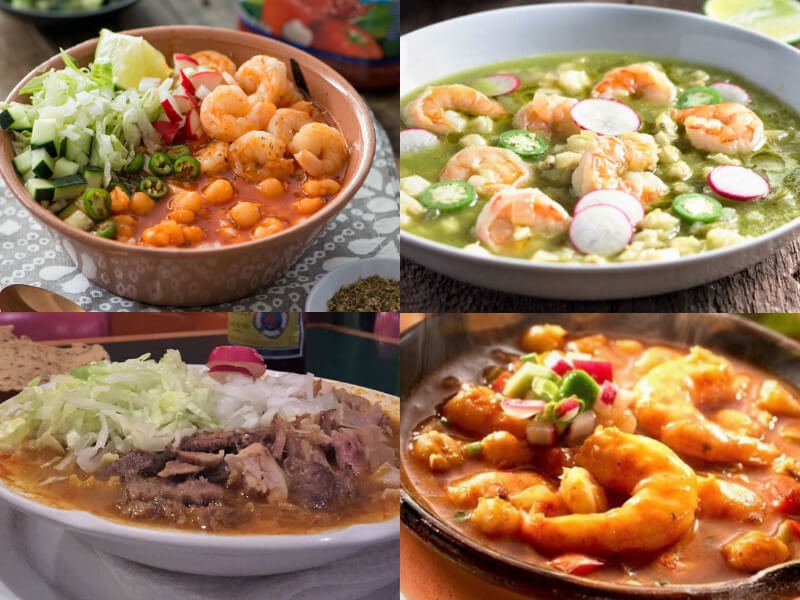 In this section we bring you a selection of the best shrimp pozole recipes we have compiled for you to incorporate new dishes to your table. 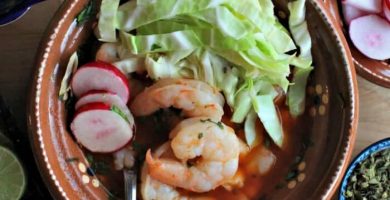 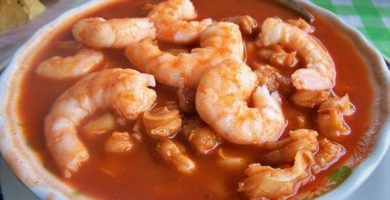 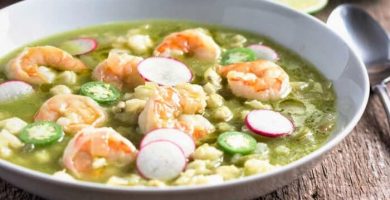 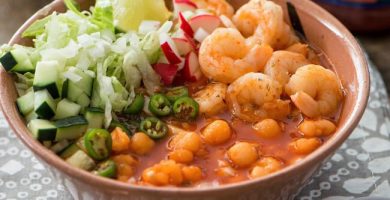 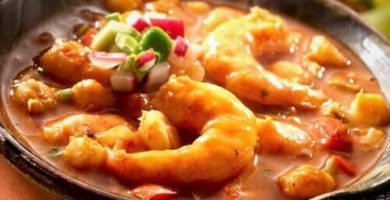 Pozole is one of the most distinctive preparations of Mexican culinary culture and of almost obligatory consumption in the celebration of its national holidays. It is a stew whose base is a broth that is seasoned with a lot of spices.

Its exquisiteness has among its ingredients chiles in its different versions and colors, pork, chicken or beef, tender “cacahuazintle” corn in grain, special for this preparation, as well as a variety of vegetables.

Its name comes from the original Nahuatl word pozolli, which means “boiled”.

In its origins it was prepared by the Mexica Indians for religious celebrations, using human meat as its main ingredient, and later with colonization it was changed to pork.

It is prepared throughout Mexico in different versions depending on the region and here we invite you to share the different preparations of shrimp pozole with all its existing variations.

What are the traditional ingredients of this dish?

The ingredients of shrimp pozole are cooked and popped corn, fish broth or the water in which the shrimp are cooked, guajillo and piquin chiles, onion, garlic, tomato, epazote, oregano, salt and shrimp; to serve it, it is also accompanied by handmade or toasted tortillas.

During national holidays, Nayarit’s gastronomy offers typical dishes of the region but with local ingredients, such is the case of shrimp pozole, tamales and other delicious dishes.

In the main restaurants, eateries and vendimias that are prepared for these celebrations in which Mexican nights are customary, traditional dishes such as tacos, tostadas, pozoles and tamales are offered, the latter with the particularity of being made with shrimp.

In Nayarit, most of the dishes consumed in the country are adapted to local ingredients, such as spices, fish and seafood, spices or chilies from the region; for example, meatballs, oysters and shrimp empanadas.

Learn more about this dish

One of the dishes considered special in Mexican gastronomy, especially in the region of Nayarit, is shrimp pozole, which is served in important celebrations, and its cost is higher due to the scarcity of places where it is prepared and varies according to the price of shrimp.

According to the interviewee, in some localities of the state, green pozole is prepared; which is added with tomatillo or tomato peel; bone or tongue can be added to these varieties, as well as meat or shrimp.