Shrimp tacos are part of the traditional Mexican gastronomy which is spread all over the world making known one of the dishes that are part of its extensive and rich culinary variety. 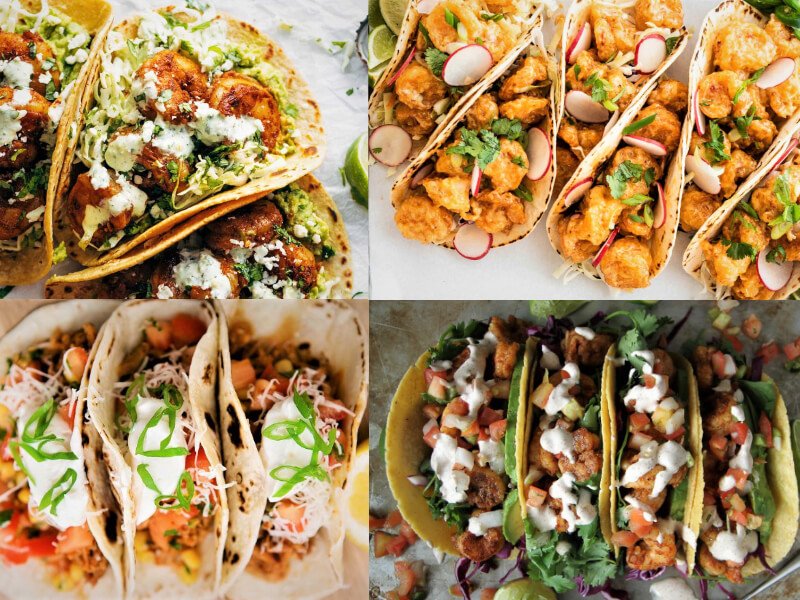 These shrimp tortillas are an excellent option for your quick meals and have a great variety of flavors, so we bring you the best selection of recipes for you to prepare shrimp tacos whenever you want. 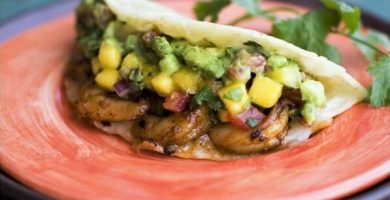 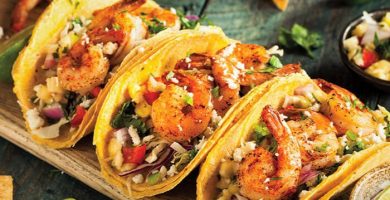 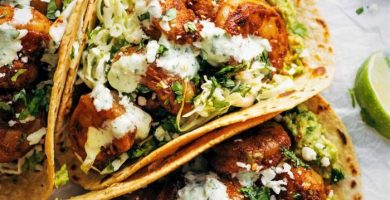 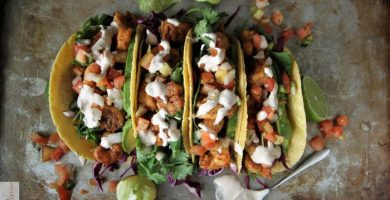 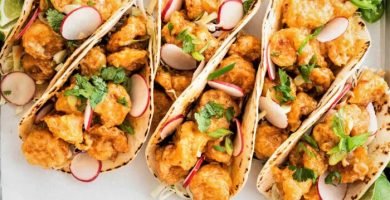 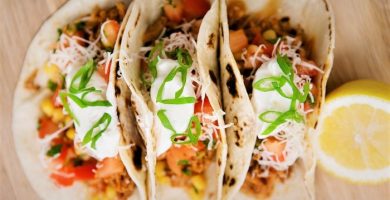 First of all, shrimp tacos or shrimp burritos consist of a rolled tortilla which can be prepared with corn, wheat flour, nopal or different ingredients which contain shrimp inside, seasoned and marinated with different sauces.

Tortillas stuffed with shrimp can have a great variety of ingredients since it depends a lot on the area in which they are prepared, but don’t worry since we have found the most common ingredients with which the delicious shrimp tacos are made.

There are also exquisite sauces for shrimp tacos, such as garlic, lime, cilantro and cilantro vinaigrette.

What tortillas are shrimp tacos prepared with?

In Mexico, there are two main types of flat breads or tortillas with which shrimp tacos are made, these are:

They are considered a staple food in both Mexico and Guatemala, besides being used to make tacos, they are also used in quesadillas, enchiladas, chilaquiles, totopos and soups. They are very popular in southern Mexico, although they are also eaten in Costa Rica, Honduras, Nicaragua and El Salvador. 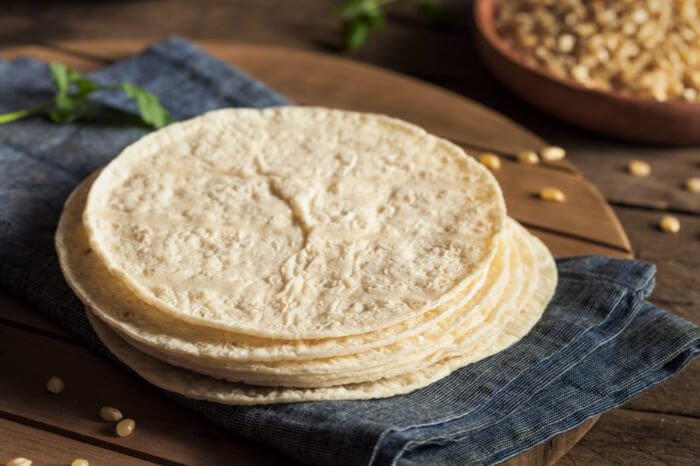 One of the advantages of preparing shrimp tacos with corn flour tortillas is that they are more nutritious since they provide fiber and magnesium, are suitable for celiac or gluten intolerant people and also have low fat content.

They are part of the repertoire of basic foods in Northern and Central Mexico although they are also consumed throughout the country, they are also popular in Central American countries, in the United States they are widely used to prepare burritos. 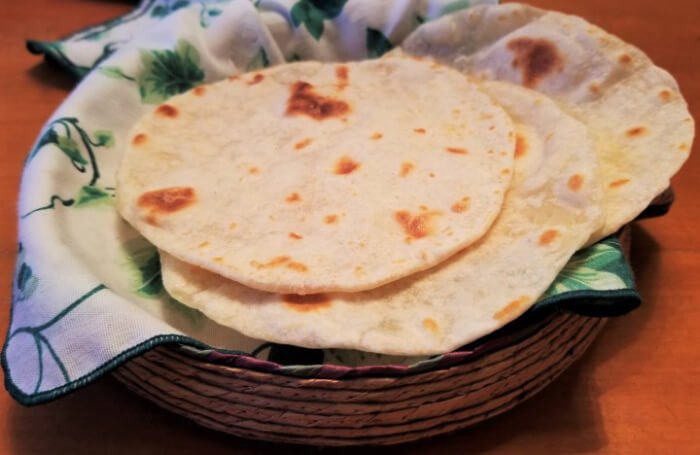 A tortilla made of wheat flour is still a good option to make shrimp tacos, although not as good as the corn ones, the choice of the type of tortilla to prepare them will also depend a lot on the preferences of the diners.

What to serve with shrimp tacos?

Besides the fact that tacos can be accompanied with beans, creams, vegetables and sauces, there is a special preparation which combines several ingredients of Mexican gastronomy. It is the pico de gallo, an exquisite dressing.

The pico de gallo complements very well not only tacos with shrimp but also many other dishes, it is typical of Mexico and is prepared with onion, serrano or jalapeño peppers and onion.

All these variations are accompanied with different elements that can be vegetables, sauces, grated cheeses, creams and lime depending on the type and taste of the person. The ingredients and accompaniments vary from region to region but some preparations remain fixed regardless of the place.

In the Gulf of California area, tacos are prepared based on fish and seafood meat, especially shrimp, fish fillet and lobster.

One of the ways to cook shrimp to fill the tortillas is grilled, it is very easy to make and you get a texture if you marinate the shrimp before grilling.